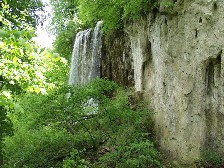 Papuk Geopark is situated in eastern part of Croatia, in Slavonia region. Lowland area of Slavonia is mostly flat agriculture landscape and Papuk as a part of Slavonian Mountains is fairly distinctive feature in such landscape. Papuk Geopark covers area with altitudes ranging from 200 to 953 meters and comprises area of whole Papuk Nature Park (336 km2) that was protected by Croatian Government in 1999.

Papuk was proclaimed protected area due to its exceptional geological, landscape, biological and cultural diversity, rarely seen in Croatia. Papuk is made of rocks whose ages presumably vary about 400 millions years, from Paleozoic, through the Cenozoic sediments reaching the youngest geological features as tufa barriers on Papuk waterfalls, whose creation process is present even today.

Besides the geochronological diversity, there is also extraordinary lithological diversity, represented by variety of sedimentary, metamorphic and igneous rocks. The core of Papuk and the biggest part of the mountain is made of the oldest Paleozoic rocks: different kind of metamorphic rocks (phyllites, chlorite schists, gneisses, migmatites and amphibolites), granites and other kinds of rocks. Somewhat younger Mesozoic formations are represented through carbonate rocks with typical karst features as abysses, sinkholes and caves that can be found in the very crest of Papuk. The Cenozoic geological period is represented by sediments often containing fossils, which is particularly apparent for 16 million years old rocks when Papuk was island in the “Pannonian see”. Final tectonic elevations and continuous erosion of the rocks in Slavonian Mountains created necessary material for sedimentation of more than one-kilometer thick deposits in Sava and Drava river valleys.
One of the results of complex geological relations on Papuk is the hydro-geological phenomenon of warm springs in several stream valleys. The locality of Rupnica in the north-western part the Park, has been protected as the first geological monument in Croatia, due to square and hexagonal prismatic pillars which were created through columnar jointing of albite rhyolites.

Forest vegetation covers more than 96% of Papuk Nature Park. Due to relief contrasts, diversity in geologic formation, diverse soil and climate influences 13 different types of forest (forest associations) have developed here. Dry calcareous grasslands are botanically very valuable localities - the most endangered and rare flora grows there. Papuk provide excellent natural habitats for numerous animal species and is nationally important bird area. Old forests with numerous dead trees are important habitat for hole-nesting birds as woodpeckers and flycatchers. Papuk is rich with mountain springs and streams where endangered Brown Trouts and numerous populations of Common Crayfish live. Bats are famous forest inhabitants, but also live in Papuk underground. In Uviraljka abyss 11 bat species were recorded to spend winter - that is the highest number of bat species ever recorded in any subterranean object in Croatia.

The Papuk Nature Park area has a cultural and historical continuity. The medieval period has left a particularly valuable heritage in the form of eight fortification structures on the rim of Papuk among which the old town Ružica is unique in the Slavonian region by its beauty and state of preservation. In addition, there are tombs (“tumuli”) from the late Iron Age with valuable finds of utensils, jewelry and weapons.

Numerous hiking trails enable the visitors to stroll through scenic nature, which is attractive and special throughout the year. For sport enthusiast there are free-climbing site and paragliding lift off site. There are 104 kilometers of marked bicycle trails on Papuk. Three educational paths with educational panels will introduce visitor with natural and cultural heritage of area. Public Institution is offering interpretative guiding through the natural and cultural heritage of the Nature Park for organized groups of visitor, and for children we have prepared several educational School-in-the-nature programs. 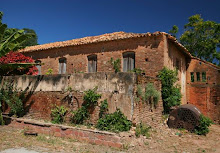 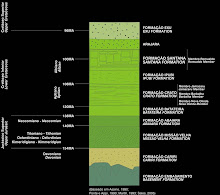